Earthquake-proof school made from recycled plastic in Indonesia

Three years after the Indonesian island of Lombok was devastated by earthquakes, a team of Australian and Indonesian charities built Asia’s first sustainable and earthquake-proof school on the island.

Entire villages were destroyed, more than 550 people were killed and 417,000 displaced when two earthquakes struck the island on August 5 and 19, 2018.

Infrastructure such as businesses, homes and schools were destroyed, and as part of the rebuilding, a new environmentally friendly and earthquake-proof school, SDN 4 Taman Sari, was built in June.

It is located in the village of Taman Sari, 10 kilometers north of the provincial capital, Mataram.

The key to the school’s sustainability and earthquake resilience lies in the use of “eco-blocks” made from recycled plastic mixed with wood.

They are light, robust and easy to assemble – building the SDN 4 Taman Sari School took only six days.

After laying the foundations, the blocks can be hand-formed into walls by stacking them. Then the roof and windows are added.

The environmentally friendly school will last for more than 100 years, says one of the people behind the building. (

The blocks are designed to prevent fatal injuries in an earthquake.

Because of their elasticity, they are less likely to crumble or buckle.

Earthquake resistance, or the ability to withstand an earthquake, is increased as walls made of eco-blocks bend rather than break.

Their light weight and the way the blocks fit together also mean they can take a lot more movement than traditional bricks and mortar.

Duncan Ward is the founder and CEO of Classroom of Hope, the Australian charity that ran the eco-block school project in Lombok.

In 2012 he founded Classroom of Hope with the mission to provide children living in poverty with access to education. So far the organization has built more than 75 schools in Asia and Africa. SDN 4 Taman Sari is the first school to be made of eco-blocks, although Mr. Ward said his organization has plans to build many more.

“The people were a little insecure”

Classroom of Hope worked with a number of partners including the local government and the Pelita Foundation charity. 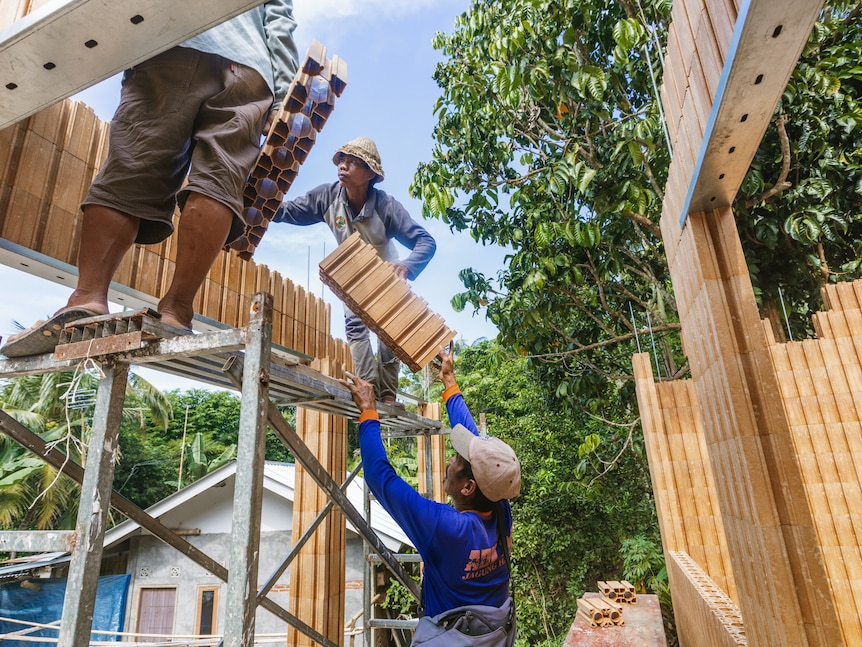 At first, the villagers weren’t sure whether the school could be built with environmentally friendly materials in a short period of time.

Pelita, which means “shining light” in Indonesian, is a non-profit local charity in Lombok that supports education across the island.

Pelita’s CEO Satriawan Amri said initial reactions to the idea of ​​an eco-block school have been mixed.

“When I got the idea [people] were a little unsure, “he said.

“But after that I showed them a few examples of similar buildings. I explained the materials and how” [this project] would be good for the environment as it uses recycled plastic. “

When construction began, most of them were excited about the completion of the new school.

“As the community started seeing the materials arrive and the school taking shape, the children couldn’t wait to take classes,” said Mr. Amri. Mr. Amri says after an initial mixed reaction, people were excited that the school was being built. (

Marizal has been teaching sports in West Lombok for 11 years. He is now at SDN 4 Taman Sari.

With the establishment of the new school, he has undergone an extraordinary change.

Sabra Lane brings you a fortnightly collection of stories designed to inspire, engage and create hope.

“Our school, which used to be a temporary pop-up school with plywood walls and dirty floors, is now a nice, clean and tidy eco-block school,” he said.

“I loved seeing the building come up, with its walls laid out like Lego. It looks very neat – it’s beautiful, ”she said.

“It looks a bit like bamboo … I really enjoy this school, I’m more excited about learning because it’s not too hot anymore.”

The idea of ​​an eco-block school came up in 2018 when Classroom of Hope provided support after the earthquake in Lombok.

At the time, Mr. Ward was living in Bali with his family after they moved from Perth.

“We were shaken here in Bali. I remember waking up, running to catch my daughter and running outside to the rice fields with my wife because the whole house was shaking,” he said.

“The next morning, I was inundated with calls from people I know who live in Lombok, the Gili Islands, expats, locals – people I care about – whose homes had been destroyed.” 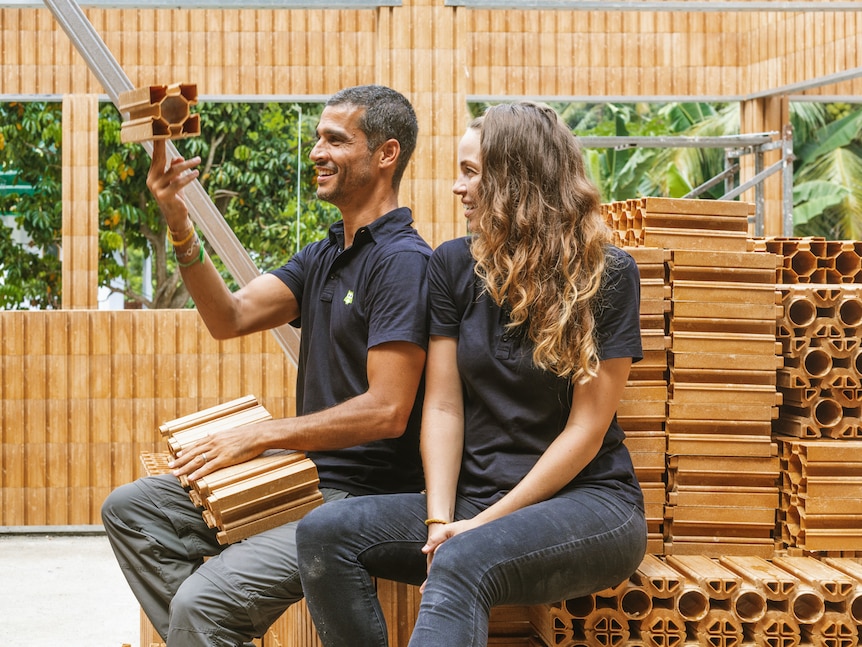 “We were part of the initial response when we tried to raise funds from a disaster relief perspective, for search and rescue, water, food and primarily just to get people to safety,” he said.

Together with the Pelita Foundation, they founded 23 pop-up schools that enabled 4,000 children to return to school. But it wasn’t a permanent solution.

“The whole place was like a war zone,” said Mr. Ward.

“That started me thinking – how can we build permanent structures that are earthquake-proof?”

Block Solutions uses recycled plastic, shreds it into granules and then mixes it with wood fibers. This mixture is then processed into the eco-watches by an injection molding machine.

According to Ward, this is the ideal material for rebuilding permanent schools in earthquake-prone areas. The school is built from recycled plastic, crushed into granules and then mixed with wood fibers.

“For every classroom you build, you remove two to three tons of plastic waste [from the environment],” he said.

“Indonesia is the second largest polluter in the world, it makes sense … and it is consistent with what the government is trying to do.”

The planning process was completed in mid-2021 and the materials had arrived in Lombok from Finland. The construction then took six days.

Marizal hopes this method will be more widely used to provide education to communities still recovering from the earthquakes.

“I think these eco-blocks are a very suitable solution for building a safe and comfortable system for building schools,” he said.

The next goal of Classroom of Hope is to build a factory in Indonesia so that plastic waste from the area – instead of Finland – can be collected and processed locally.

With the help of an Indonesian subsidiary of Block Solutions, Classroom of Hope could soon build more buildings, such as houses for people whose homes were destroyed in the earthquake. Machine builders rate Plastec West, the first US plastics trade fair since the beginning of 2020, positively