A new study by Cleanfarms looked at how much plastic packaging and plastic products are currently being used in Canadian agriculture, with the aim of eventually recycling them completely.

Cleanfarms is a non-profit group whose members are manufacturers and distributors of products for farms, from pest control to medicines, fertilizers and seeds.

“One of the most important things is that you can’t manage what you can’t measure,” said Barry Friesen, Executive Director of Cleanfarms.

“We need to know how much is being produced, where it is, and then we can develop the programs to collect it and work with recyclers who can recycle that material.”

The new report documents how much plastic is produced across the country by sector and region.

According to Friesen, Cleanfarms currently collects around 6,000 tons of agro-plastics annually through its existing programs, up from around 2,000 tons in 2015. (Submitted by Cleanfarms)

It estimates that Canadian farmers use nearly 62,000 tons of agro-plastic products and packaging annually, more than half of it in the prairies.

According to Friesen, Cleanfarms currently collects around 6,000 tons of agro-plastics annually through its existing programs, up from around 2,000 tons in 2015.

He said the goal is to keep increasing that percentage.

“We currently collect about 10 percent of the agricultural plastics that are made across Canada, and in five to ten years I want us to collect at least 50, 60 percent, if not more. “Said Friesen. 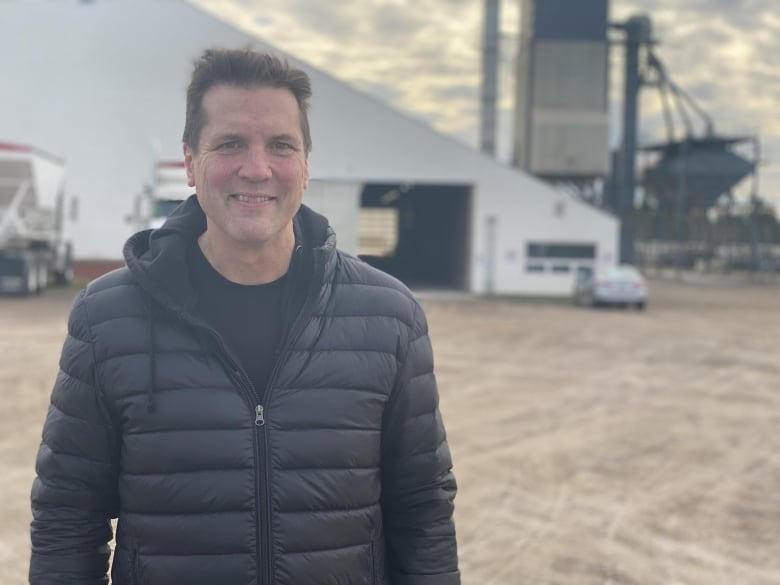 Friesen said the ultimate goal of cleanfarms is no plastic waste in agriculture. (Kirk Pennell / CBC)

“The first 10 percent were difficult to achieve. We collect some of the toughest plastics, sometimes chemical related and the like. Therefore, a lot of health, safety and handling are required, ”said Friesen.

“But it is certainly doable. And I think the world has signaled that they want us to do that.”

Friesen said Cleanfarms have a general idea of ​​how much waste they generate since their container recycling program has been in existence since 1989.

But he said there are new types of plastic products that didn’t exist then, like sacks of grain, as well as plastics used in newer industries like cannabis production.

He said they wanted to know how much bale wrap and twine and netting were used specifically for Prince Edward Island. 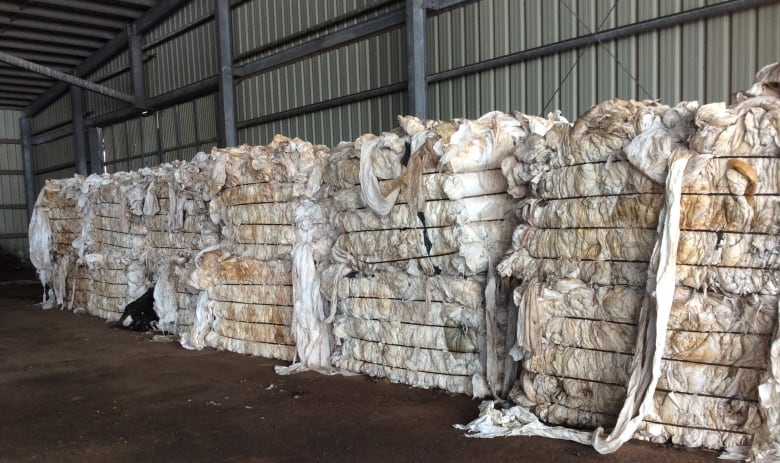 Friesen said the ultimate goal of cleanfarms is no plastic waste in agriculture.

“Plastic is a wonderful material. It’s a tool that farmers can use to increase their yields and better store materials, but at the end of the day it has to be managed, ”Friesen said.

“Burning or burying is not the answer. Therefore, it is our goal to ensure that every last piece of plastic can be collected and properly managed. ” 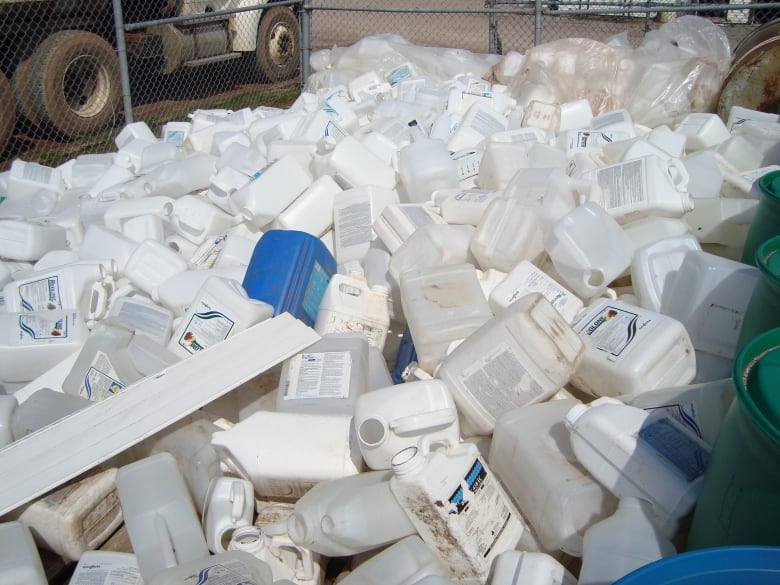 Friesen said they have been collecting 10 liter containers of pesticides or fertilizers on PEI since the early 1990s and getting more than 90 percent of those containers back. (Submitted by Cleanfarms)

Friesen said many of the existing programs run by cleanfarms are offered by manufacturers who volunteer to run a program.

But he said it will require government policy to increase the amount of agricultural plastic dumped away from the landfill or incinerator.

“What we call extended producer responsibility is a regulation that makes the manufacturers or importers of the products responsible for setting up the program,” said Friesen. 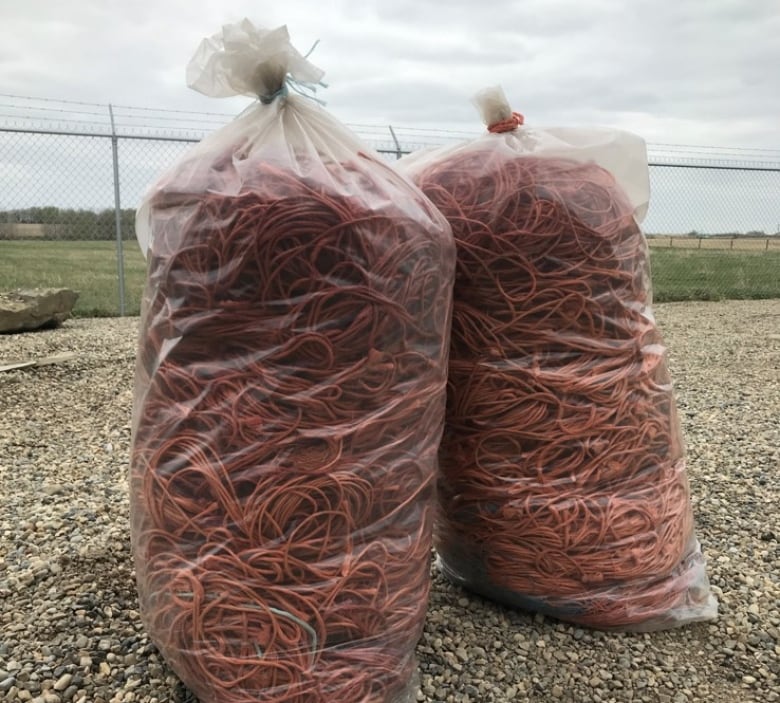 In May 2021, a pilot project to recycle baler twine from farms on PEI was launched. (IWMC)

Friesen said that PEI has a high participation rate in the programs that Cleanfarms operates, and he expects all new recycling programs about PEI to have a similar level of acceptance.

The 18-month research project was funded in part by Environment and Climate Change Canada.