The NSW government will come up with ambitious plans to drastically reduce the amount of plastic and food waste going to landfills by 2025.

Straws, stirring sticks, cotton swabs and styrofoam cups will expire 12 months after the law is passed, with a three-year review of plastic cups, heavy bags and fruit stickers.

The $ 365 million five-year strategy will also fund the introduction of green plastic bins and a training program on food and organic waste disposal.

Conservation groups have welcomed the plan to ban single-use plastics.

Environment Secretary Matt Kean said they will expire over the next year.

He said the changes are necessary as the current trend would see more plastic than fish in the oceans by 2050.

“NSW accounts for a third of all of Australia’s waste, so the policies we make in NSW will make a difference for the whole country,” said Keenan.

“We’re also investing in infrastructure that improves recycling and helps us create value from our waste stream … It’s about making sure our waste doesn’t rot in landfills, but that we turn our garbage into treasure.

Only a fraction of the clothes, bed linen and textile housewares that are no longer needed in NSW are reused or recycled.

“This is a great day for the environment and NSW is at the forefront.”

The changes are estimated to keep an estimated 2.7 billion objects from entering the environment and oceans over the next 20 years.

Clean Up Australia director Pip Kiernan praised the government’s efforts, saying that volunteers have been collecting single-use items for years, but what she liked most about the plan was the focus on “waste as a resource”.

“This is what my dad, Ian Kiernan, spoke of 32 years ago, so it’s great to see that progress today.”

These views were corroborated by Jeff Angel of the Boomerang Alliance, who said that while the program was a long time coming, it would put us on the path to significant improvement. Clean Up Australia Chairman Pip Kiernan welcomes the focus on food and organic waste as a resource. (

“We will definitely continue to work with the government, business and community to keep the momentum going,” said Mr. Angel.

“There are a lot of things to do and we will keep working hard to get more done, faster.”

Shane Cucow of the Australian Marine Conservation Society said NSW is the only state to date without a ban on plastic bags.

“As the state with the largest plastic footprint, today’s commitments mean a massive reduction in plastic flow in Australia’s oceans. Every day that we wait, we see more animals die from plastic pollution. “

In addition to working closely with local councils, the government will help small businesses switch to new products. 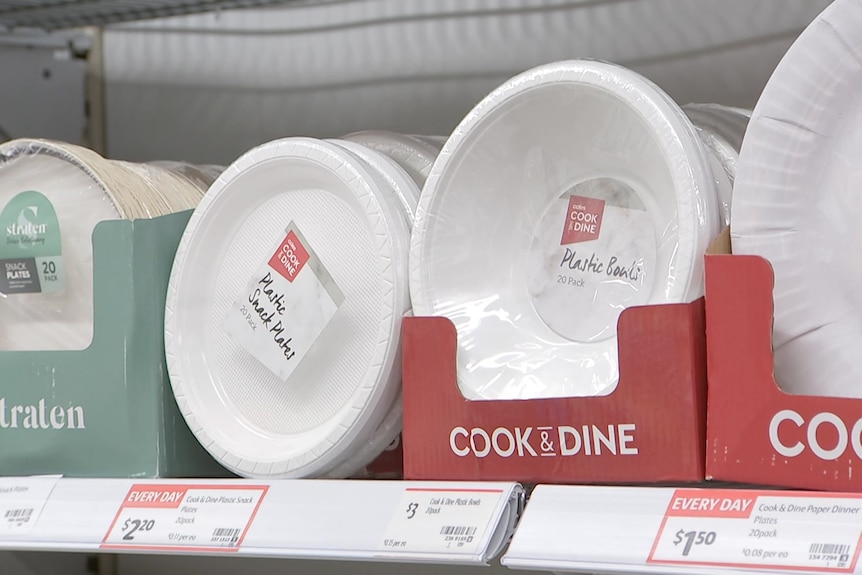 The laws are expected to be passed in the state parliament at the end of the year. (

David Stout of the National Retail Association thanked the government for providing a roadmap to phasing out lightweight plastic bags, but said plastic still has its place in some companies.

“The food transfer is probably the most obvious and some of the other options are likely to be inopportune when it comes to what these companies are selling,” Stout said.

“Hopefully what we want to do is move away from virgin plastic and focus more on heavy and recycled content when it comes to future plastic offerings.”

Shadow NSW’s Environment Secretary Penny Sharpe said the state is finally catching up with other states on banning single-use plastic.

“The announcement is important. You need to work through the details, it was taking too slow, but it is a good thing for the environment that we are moving to single-use plastics,” said Ms. Sharpe.

“[Business] across the state have already started doing this without a government, the government has finally caught up. “

The laws are to be passed in the state parliament by the end of the year. Environment Secretary Matt Kean says the laws will put NSW at the forefront. (

Tips to reduce your plastic consumption -…