Procedure cleansing up on the plastic-polluted coastline of Lagos

Litter in Lagos is thrown away by the rains and waterways, forming piles of rubbish on the beaches

In the scorching heat, several dozen volunteers collect plastic bottles, bags and styrofoam boxes as they clean up the longest beach in Lagos.

According to a Lagos recycling startup, WeCyclers, Nigeria’s megacity of 20 million people produces between 13,000 and 15,000 tons of waste per day, including 2,250 tons of plastic.

Despite recent cleanups and an emerging recycling sector, Lagos lacks a garbage sorting system and the public’s lack of awareness of pollution poses a major environmental challenge.

Garbage in Africa’s most populous city is thrown away by rain and waterways and ends up in piles of garbage on the expansive beaches.

The lighthouse beach stretches for about 100 kilometers along the Atlantic to neighboring Benin. The palm-fringed beach could be heaven without the pollution.

“It’s time to raise awareness about keeping the environment clean, especially with all that plastic,” said Chioma Chukwura, a marketing consultant who helps pick up trash on the beach.

At the end of a busy day, 230 large garbage bags pile up on the hot sand, which is filled with dirty plastic.

“A recycling company will pick them up tomorrow,” said Owoade Yussuf, the clean-up organizer. “All of the plastic here is recycled.” 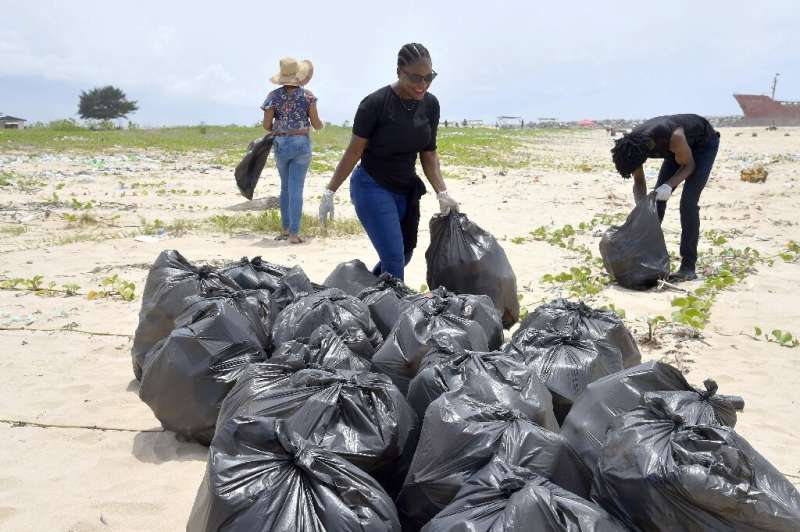 The recycled plastic, which sells for $ 500 per tonne, could bring $ 250 million to Lagos each year, he argued. And a cleaner environment could empower other sectors.

Yussuf said Nigerians could be encouraged to adopt the beach lifestyle, which would improve the livelihood of local communities.

“In order to lure people to the beach, however, you need a clean beach,” he emphasized.

Since the volunteers leave at the end of the day, only 100 meters are “clean”. Its a lot to do.

“Maybe two months every day to clean this up,” said another volunteer, Ebube Nwosu, who works in IT.

“And we have to find a way to keep it (the plastic) from coming back. After we’re done, I’m sure we’ll still see rubbish here when we get back.”

Experts from the French National Center for Scientific Research (CNRS) reported in February that around 10 million tons of plastic end up in the world’s oceans every year. 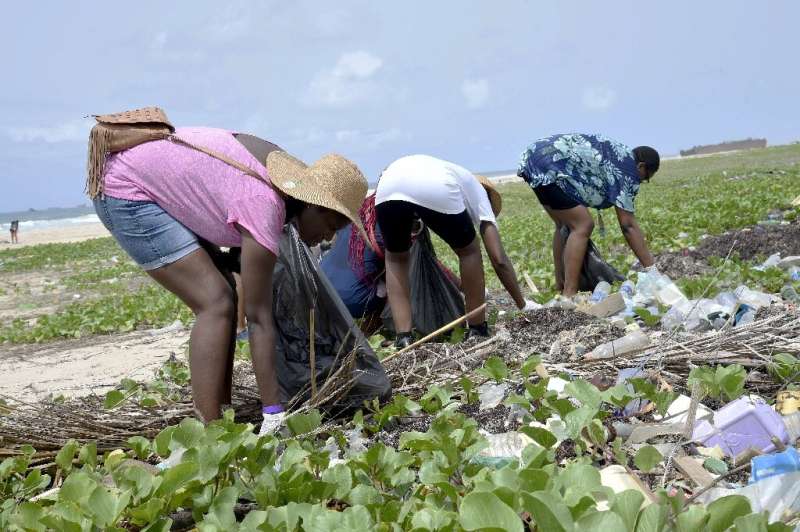 However, Lighthouse is not just about plastic. Rusty shipwrecks pollute the beaches and are being abandoned by their international owners so as not to pay to have them scrapped according to global environmental standards.

Even an army of volunteers can grapple with this kind of huge pollution. But they hope that with more help they can make a difference.

Another collection is planned for June or earlier, Yussuf said.

“Hopefully we can get 100 volunteers for the next cleanup and get the local community there too and finish it off.”

Masks and gloves save lives – and cause environmental pollution

Quote: Operation Cleanup on the plastic-polluted beach of Lagos (2021, April 2), accessed on April 2, 2021 from https://phys.org/news/2021-04-cleanup-plastic-polluted-lagos-beach.html

This document is subject to copyright. Except for fair trade for the purpose of private study or research, no part may be reproduced without written permission. The content is provided for informational purposes only.