The shortlists of the 3D Printing Industry Awards 2021 can be voted on from now until October 20th. Cast your votes here.

Sculpman, an engineering startup based in Belgium, has announced its new patented Variable Nozzle Technology to advance extrusion-based 3D printing.

Backed by two years of research and development, the company’s novel printhead product aims to combine speed and precision like never before. It works by ditching the traditional, fixed-size circular nozzle shape that has been the standard in FDM 3D printing since its invention and instead opts for a continuously variable orifice that lays down flat tracks up to 10mm wide .

Material extrusion is the most widely used 3D printing technology due to its ease of use, accessibility and constantly increasing material compatibility. In recent years the process has been used for applications such as high strength automotive tools, non-critical aircraft components, and even end-user parts for rail vehicles. In addition to base polymers such as PLA and ABS, technical and engineering thermoplastics such as PEEK and even fiber-reinforced composite materials such as carbon fiber nylon can now be used in material extrusion.

However, for more than two decades, FDM 3D printing has relied largely on circular, fixed-size nozzles. Smaller nozzle sizes are great for achieving precision, but print far too slowly to be suitable for large parts, while larger nozzles offer throughput but lose geometric accuracy.

According to Sculpman, these compromises result from the rigid exit shapes of conventional nozzles, which create layers of cylindrical material tracks. Because the contact area between these traces is limited, printing clean-looking parts with sufficient layer adhesion can be a hassle, requiring different types of nozzles (small and large) serving different purposes.

Gerolf Vanacker, co-founder of Sculpman, explains: “Cylindrical tracks that are placed horizontally next to each other create a wave pattern. Even if they are slightly squeezed flat by the nozzle, the area where both tracks touch is still small because the cross-section of each track is elliptical and only the center of the sides touches. “ 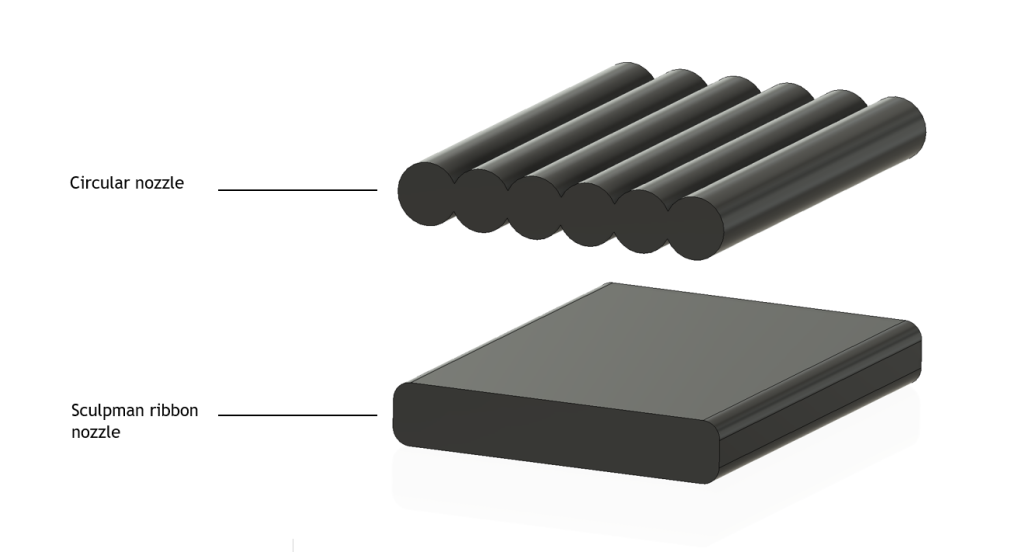 Sculpman’s variable nozzle technology is intended as an all-rounder approach and eliminates cylindrical webs and instead extrudes flat rectangular webs of different widths. The nozzle itself can change its size continuously during the construction phase, almost like the shutter of a camera, and even close completely in order to completely prevent the flow of material.

“If you think about it, it’s very similar to painting a picture,” Vanacker adds. “If you need high details, a small pencil is a better choice. However, if larger areas have to be filled in, it is better to use a wide brush. “

The Sculpman hot-end system will be available in an opening configuration of 0 to 10 mm with a cross-section of 0.5 mm, which enables build rates of up to 500 cc per hour. The current nozzle design will be compatible with 2.85mm filaments with or without an extrusion drive assembly. Sculpman is also working on a similar system for granular, pellet-based raw materials. The company’s variable nozzle technology will be presented at Formnext 2021 in Hall 11, Stand D11.

According to Vanacker, the company intends to target machine manufacturers in the 3D printing industry rather than end users. His conclusion: “We are basically open to companies that want to try out our technology and integrate it into their systems.” 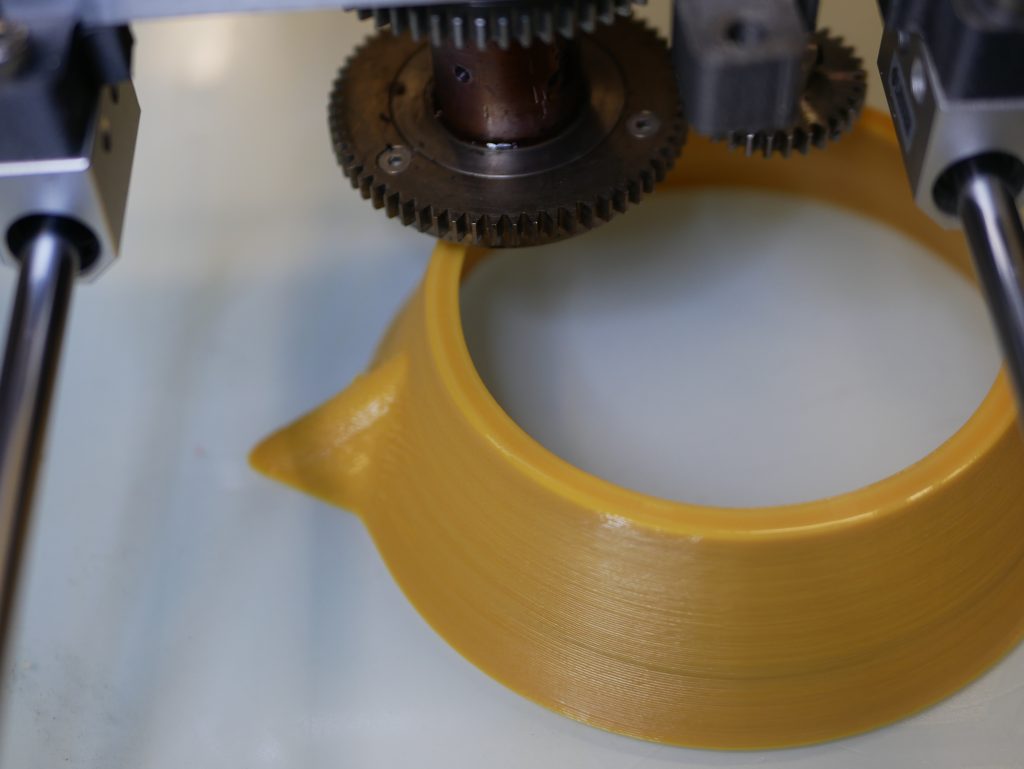 The Sculpman nozzle can 3D print flat layers up to 10mm wide.

Aftermarket 3D printer accessories can often affect the outcome of a build as much as the 3D printer itself. Just last month, Xaar, a UK developer of inkjet printing technology, announced the launch of its newest printhead: the Xaar Irix. The device is available in two different flavors, Core and Pro, the latter being more suitable for demanding applications with a focus on print quality, including inkjet-based 3D printing.

Elsewhere, at the University of Maryland, researchers have developed a “morphing” nozzle that allows users to 3D print bespoke parts using fiber-filled composites. Unlike traditional printheads, the team’s device has novel side actuators that allow it to change shape during printing and effectively realign the fibers of a material. With their new nozzle, the scientists were able to optimize the swelling properties of complex objects and possibly give it biomedical or military applications.

Industry analysis of the plastic plastics market size is expected