The first 3D printed house hits the market in the northeast

First a foundation is poured, then a frame is built and finally a house is built wall by wall and end by end. According to Realtor.com, building a new home can take an average of three to six months. However, any number of factors – from adverse weather conditions to delays in material arrival – can add to this construction time.

But what if a house could be built in no more than eight days? With a 3D printer? For Long Island, NY-based SQ4D, Inc., this is not only possible, it happens. With a massive 3D printer resembling an arm outstretched across a property, SQ4D is poised to bring this technology to the rest of the east coast in the near future.

The 3D house printing company, based in Patchogue, Long Island, recently launched the first US 3D printing house for sale in Riverhead, NY. If it’s bespoke for a buyer, it will be a 1,400-square-foot home that has three bedrooms, two bathrooms, and a two-and-a-half car garage for $ 299,999.

Over the Long Island Sound in Connecticut, local officials are ready to anticipate future 3D printing requests from SQ4D or other companies looking to build in the state.

“We support anything that complies with building codes and cuts prices,” said Katie DeLuca, AICP, director of planning and zoning at Greenwich, in an email to Hearst CT Media.

In just four years, SQ4D has come closer to reality. Founded in 2017, the company originally started manufacturing desktop 3D printers. In the meantime, it has expanded to include midsize and large machines, SQ4D Director of Operations Kirk Andersen said, with his small operation having one big thing in mind: homes.

“It was just a few people, no big deal, and we were all privately funded,” said Andersen. “We did all of this in our hometown and researched, developed and patented much of the technology we now use.”

So began a model house building project in Calverton, NY. To accomplish this task, SQ4D used its patent-pending 3D printing technology known as the Autonomous Robotic Construction System or ARCS. The system can be transported and set up on any construction site. It is designed for almost any weather and shortens the typical transport time for materials that are to be brought from a warehouse to the construction site.

Home 3D printing company SQ4D, Inc. built its first model home in Calverton, NY, a 1,900-square-foot home that was completed in 48 hours of printing over an eight-day period using its “autonomous robotic construction system,” or ARCS, machines that are set up to print concrete on the house on site. An aerial photo shows the construction site during the printing process.

“Everything is moving forward there – not just making this stuff in panels and transporting it, but also what we call ‘in situ’ or 3D printing on site,” said Andersen. “So if we have the manufacturing facility on site instead of running it in a controlled factory and shipping these panels off to another location, now I can show up, do this, and get out so we can spend less time on site.”

The 3D printer is operated with greasy concrete and high compressive strength. No plastic is used, according to Andersen, which creates a strong, weatherproof structure that is also easy to build and eliminates the potential risk of multiple employees working on site alongside heavy materials.

The house is then created from a true-to-scale 3D model that is fed through a “slicer” which breaks the digital model down into layers that become a printable 2D layout of the house. The printer replicates the layout layer by layer with the cement mix, taking into account other design elements such as window openings and electrical outlets.

Aiming to build homes in half the time and at half the cost, the 1,900 square foot Calverton model house was completed in 48 hours of printing over an eight day period. The build involved just three people building it – one to power the machine, one to monitor the machine, and one to detect the process – and, according to the project overview, fulfilled 41 percent of the total construction of the house, being less than $ 6,000 of material were used. 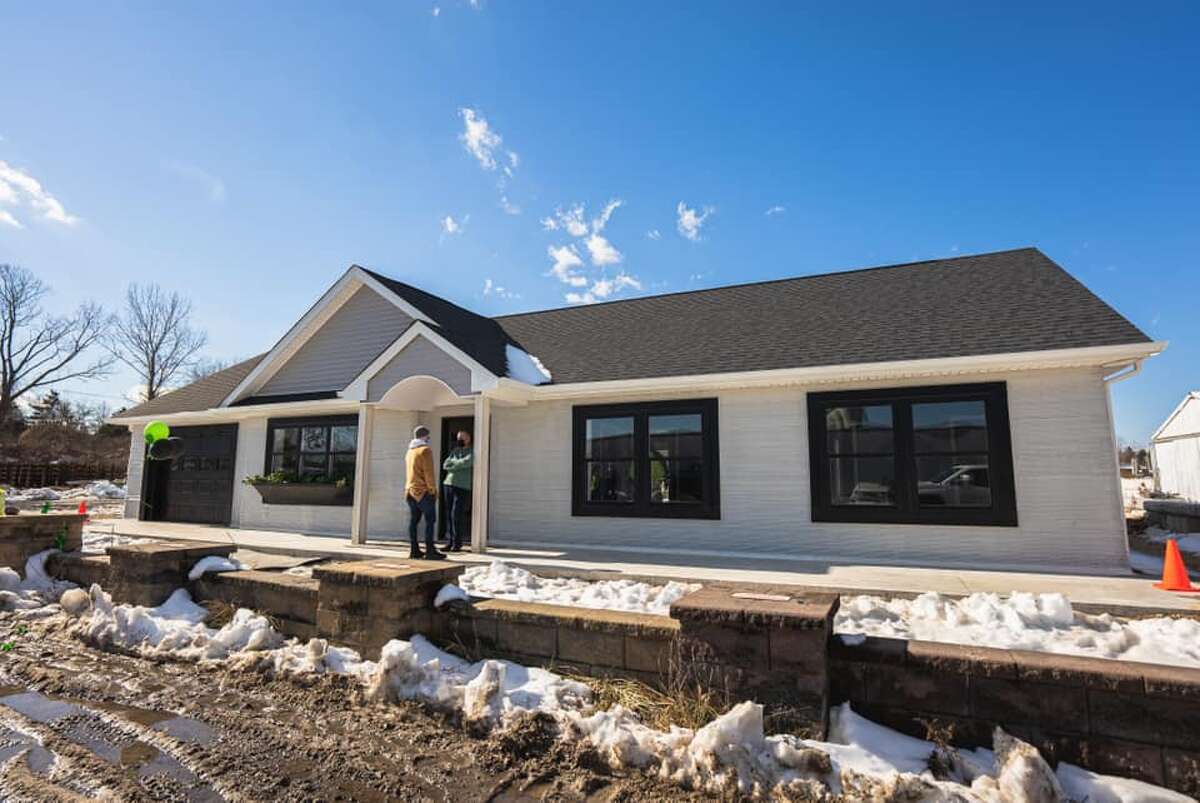 Home 3D printing company SQ4D, Inc. built its first model home in Calverton, NY. A 1,900 square foot house that was home was completed in 48 hours of printing over an eight day period.

For Andersen, however, there is still room for improvement.

After completing the house in Calverton and the upcoming sale and construction of the house in Riverhead, NY, SQ4D already has two more projects in the works for 2021, according to Andersen. While full details of the company’s future “semi-local residences” have not yet been released, he said SQ4D plans to add foundation and other structural construction to its list beyond this year, which “may lead to roads” . Infrastructure, skyscrapers and superstructures ”will be built in the future. 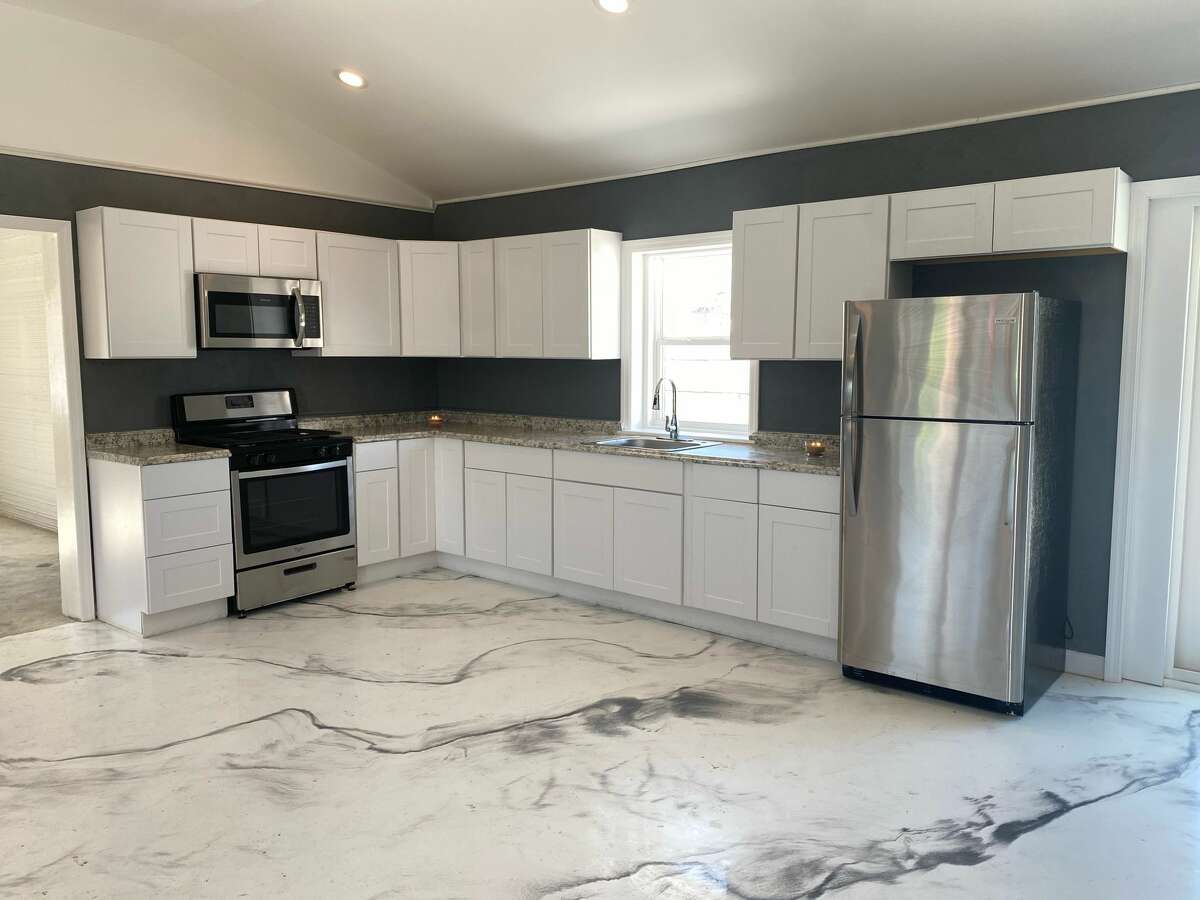 Home 3D printing company SQ4D, Inc. built its first model home in Calverton, NY. A 1,900 square foot house that was home was completed in 48 hours of printing over an eight day period. The interior of the model house was completed and made available to the public, with a fully equipped kitchen installed.

Also in the future of SQ4D? Expansion of the territory they serve with its construction process. While Florida, as well as North and South Carolina are currently being watched as other locations to offer its services, Connecticut and the three-state area in general are sure to be a fair game.

“We’d have to look into local building codes and build local networks to make this happen, or find someone with a piece of land,” said Andersen of the potential to come to Connecticut. “Nothing prevents us from going anywhere else than demand. We are working on scaling so that we can meet all of our needs. “

“While the concept and technology are very interesting, unfortunately the code that Branford, along with all other remaining communities in the state, must comply with is the Connecticut State Building Code 2018,” he said in an email to Hearst CT Media. “The ICC code that Connecticut has adopted is constantly evolving and hopefully one day it will catch up with the technology it has already achieved using alternative means of construction such as tiny houses.”

Other 3D printed construction companies in the US like ICON in Texas, Mighty Buildings in California, and Apis Cor, which operate in both the US and Russia, could soon lead to traditional home construction practices and associated costs in the Step into the background – at least that’s what Andersen thinks.

“There is a lot of power in automation, and we think that this must disrupt the construction.”

Industries must weigh the global restrictions on plastics

The Tri-County Recycling Facility accepts all plastic bottles and containers