The top uses of 3D printing in the film industry

While special effects have become commonplace in the cinema, additive manufacturing also seems to be finding its way into the bright lights. Hollywood is increasingly using 3D technology to create costumes, props, and all sorts of objects to make their films even more realistic. Some even film 3D printers at work, showing the public all the possibilities the technology can offer. So we’ve rounded up some of the uses of 3D printing in the movie industry, from making it easy to develop animated films to designing the famous costumes of our favorite superheroes.

LAIKA Studios released an animated film called Missing Link in April 2020. They worked hand in hand with Stratasys to 3D print puppets that represent the various characters on the screen: thanks to PolyJet technology, they can even insert colors and textures and the expressions of everyone. More than 300,000 parts were 3D printed, be it for the sets or the facial expressions. The result is amazing!

If you’re a Marvel fan then you know who Hela is – otherwise, let us clear you up. She is Thor’s half-sister who appears on the screens in Thor Ragnarok, also known as the goddess of death. Of course, she also has the right costume and what interests us today is her headgear. This one was 3D printed after the head of Cate Blanchett, the actress who played the role, was scanned. The SLS technology was used together with a composite powder reinforced with carbon fiber, which offers both lightness and good stability. According to its creator, the helmet weighs around 1.8 kg and has been printed in several parts in order to be able to put it together according to Marvel’s wishes. 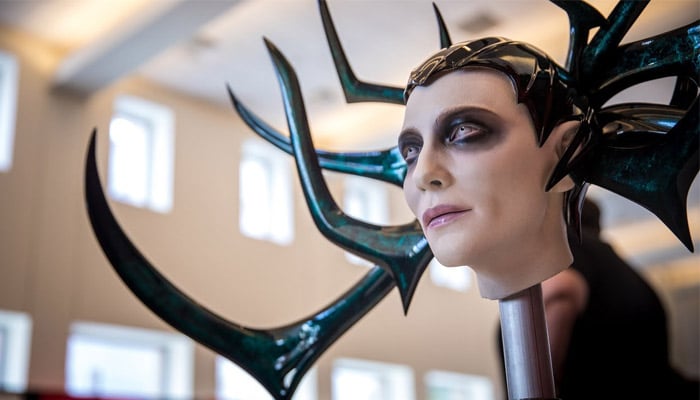 3D printing was also used in the Marvel blockbuster Thor: The Dark World, the second film in the Marvel series starring the famous Norse deity Thor. In the film, the god of thunder is equipped with a hammer, Mjölnir, whose weight only he can carry. In reality, the in the film was printed using selective laser sintering (SLS) and polymer powders on a printer from the manufacturer Voxeljet by Propshop. The process allowed for an incredible level of detail in the final hammer, as you can see in the video below.

THOR'S HAMMER – Making of Mjölnir for Thor: The Dark World

Guardian of the Galaxy 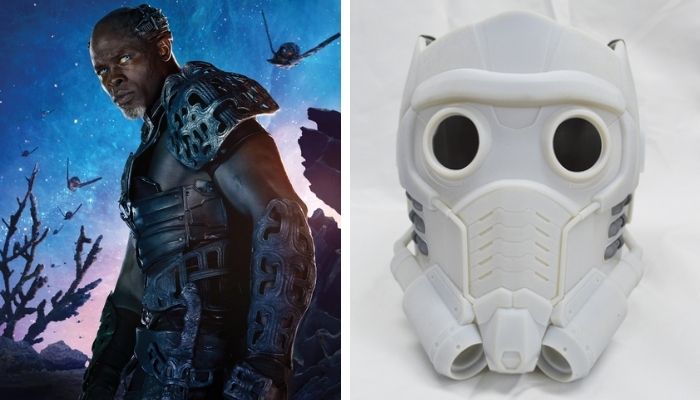 Black Panther and the use of 3D technologies in the MCU

It is clear that Marvel is one of the production companies that integrates printing the most into the film. This is because the technology makes it possible to manufacture custom models within the short timeframes required by this industry. We saw another example of this in the 2018 film Black Panther, which used additive manufacturing to create the costume of Queen Ramonda of Wakanda. Behind the design are the artists Julia Körner and Ruth E. Carter, who made use of this technology to create this original outfit. Additionally, we recently learned of a project that incorporated Artec 3D’s 3D scanning solutions into the customization of a Lexus LC 500 for the Black Panther 2 film, slated for 2022. The initiative came about thanks to the team at West Coast Customs, which took 9 months to achieve a satisfactory result. Both examples show the potential of 3D in the Marvel Cinematic Universe. 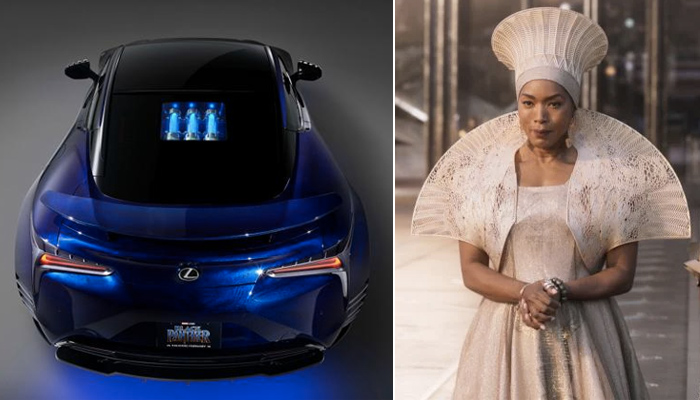 The Lexus LC 500 and the 3D printed costume

It continues with 3D printed applications in Marvel movies featuring the famous Iron Man suit. Contrary to what you might expect, the armor wasn’t created in real life by Robert Downey Jr., the actor who plays Tony Stark, but by the American special effects studio Legacy Effects, which specializes in creature design, prosthetic make-up up, specializing in animatronics and special suits. In order to save time and money, additive manufacturing processes and 3D technologies were used. Last but not least, these are particularly useful for testing prototypes or manufacturing spare parts. It is also amazing how many self-created, 3D-printed Iron Man suits are created within the maker community, some of which look very similar to the original. 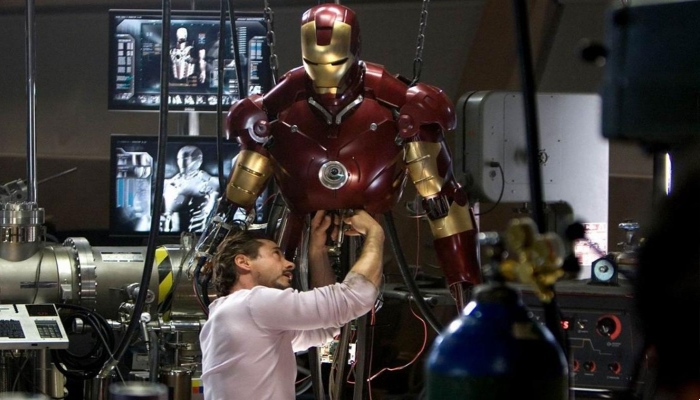 The Demogorgon creature from Stranger Things

The American series Stranger Things has been a great success since the first episode was released in the summer of 2016. Directed by the Duffer Brothers, the series immerses viewers halfway between science fiction and horror, including several fantastic creatures. Among them is the Demogorgon, a predatory creature that tries to eliminate humans. The reason we’re talking about the Demogorgon in this ranking is because California-based design studio Aaron Sims Creative used 3D printing to design it. To do this, the studio used its four Formlabs 3D printers to individually print the 20 parts that make up the approximately 50 cm tall creature. 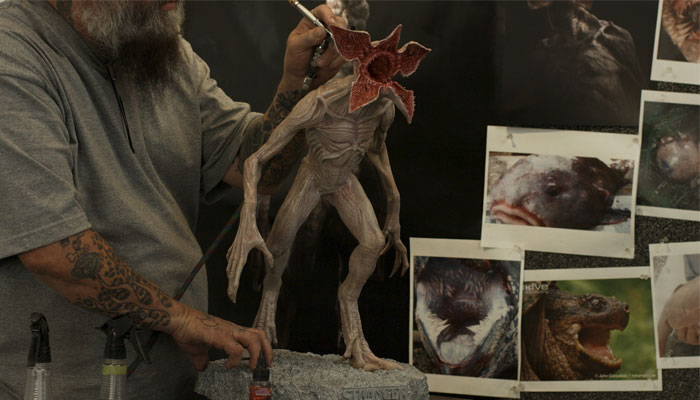 The final version of the Demogorgon

A 3D printer in Oceans 8

Have you seen the movie Ocean’s 8? If the answer is yes, you may not have noticed a detail. In this spin-off of the Ocean saga, the spy team is resorting to additive manufacturing to illegally replicate jewelry and costume jewelry. In the scene in question, we can see in the background how a MakerBot Replicator Z18 3D printer perfectly creates a Cartier diamond necklace that even Anne Hathaway convinced of its authenticity. Now some onlookers and tech enthusiasts doubt that this desktop machine is capable of achieving such a perfect final quality and finish that matches that of real jewelry. Still, it is impressive to see the importance of 3D printing in this industry. Besides, who are we to doubt the magic of cinema? 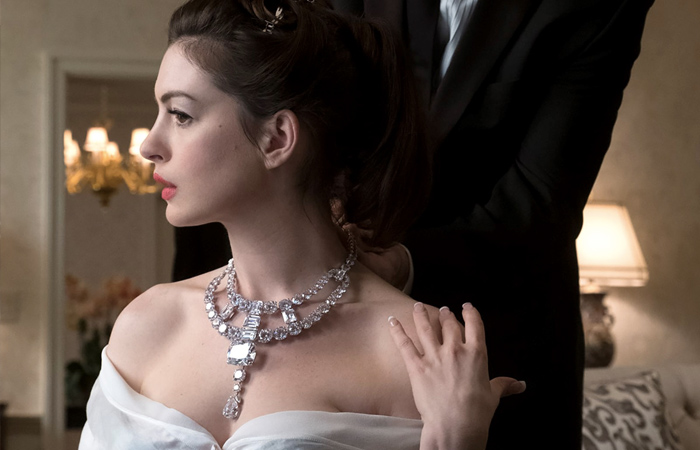 The replica of the diamond chain

Even if you’re not a huge movie buff, you will likely know Agent 007, the infamous Bond, James Bond. The Bond film series has been around since the 1960s and now consists of 24 official films. When filming the 2012 sequel “Skyfall”, the series also opted for 3D printing. Propshop Modelmakers Ltd, a company specializing in the production of film props, commissioned Voxeljet AG with the production of a total of three Aston Martin DB 5 models. This is due to the face that the prohibitively expensive car needs as a stunt double, so to speak, that could go up in flames in action scenes. The German 3D printing manufacturer used its industrial large-format 3D printer VX4000 in binder jetting to produce vehicle models that looked very similar to the original. 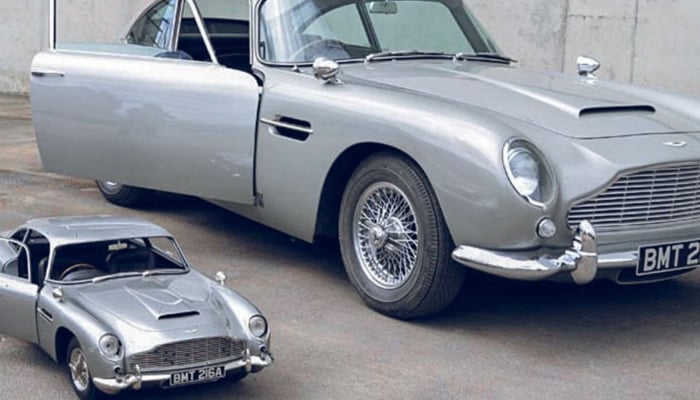 Chase Me is a short film by the French director Gilles-Alexandre Deschaud, which tells the story of a girl in a mystical forest. The film used time-lapse animation, which explains why more than 2500 parts had to be printed. For the production of the parts, the artist only used the 3D printer Form 1+, which uses the SLA process. The 3D printed dolls have a resolution of 100 microns and it took about a week to create a four second sequence. In total, the director spent two years on the project.

Dinosaurs may have been extinct for thousands of years, but 3D technology allows paleontologists and other dinosaur enthusiasts to recreate some of their characteristics. This was revealed by the character Billy Brennan in Jurassic Park 3 when he 3D printed a replica of a dinosaur’s resonance chamber. A few years later, the franchise again used 3D printing to make Jurassic Park World, but this time to make the dinosaurs’ skulls. Below is a making-of video showing the scene of a velociraptor lifting its head out of its cage. It turns out that prior to making the dinosaur on the computer, the team 3D printed its head.

3D printing in the world of Kubo

Kubo and the Two Strings is a LAIKA studio production by Travis Knight that was released as a family film in 2016. The animated film uses a special technique that uses 3D printing to make limbs and facial expressions made for the main character Kubo’s 22 cm doll. With additional manual manipulation, around 48 million different facial movements could be created for Kubo.

What do you think of the role of 3D printing in the film industry? Let us know in a comment below or on our Facebook and Twitter pages. Don’t forget to sign up for our free weekly newsletter, with the latest news on 3D printing delivered to your inbox!