Two high school students from Saskatoon started a nonprofit that turns plastic waste into something useful.

Sophia Lacroix and Kai Chen, 11th grade students at Bishop James Mahoney High School, use a Russian-built machine to convert plastic bottles into filament for 3D printers, and founded SK Eco Solutions to make the material available to schools and others for free to provide educational institutions.

Tired of quarantine last spring, the two students were wondering what to do. They landed on “Project PET” (PET stands for polyethylene terephthalate, the plastic used in bottles) and started their non-profit organization.

The PETBOT machine takes polyethylene terephthalate plastic bottles that have been cut into ribbons and turns those ribbons into filaments that are used by 3D printers. (Submitted by Kai Chen)

“The biggest hurdle we had to overcome was finding the machine,” said Lacroix.

The extruder they use is made by NovaTech, a Russian company. After receiving grants from EcoFriendly Sask and the Greater Saskatoon Catholic Schools Foundation, the two were able to purchase a PETBOT machine from the manufacturer.

According to NovaTech, they are now the second in Canada to have this technology. The other one in Canada is in Vancourver.

“We tie them together [plastic bottles]We extrude it and the filament we get is the filament that goes straight into 3D printing machines. This was part of this new wave of technology that tons of art programs and schools are using, “Lacroix said.

The ribbons from the bottles are then converted into filaments and placed on a spool that feeds them to the 3D printers. The two hope to be able to donate the filament to schools and other organizations using 3D printers in education.

Lacroix says it was shocking to see the machine in person for the first time and that it exceeded expectations. Chen says it took me some time to get started.

“It took a lot of trial and error to actually get usable filament,” said Chen. “But when we got that going, it was pretty amazing to see how a plastic bottle became something that was so easy to use.” 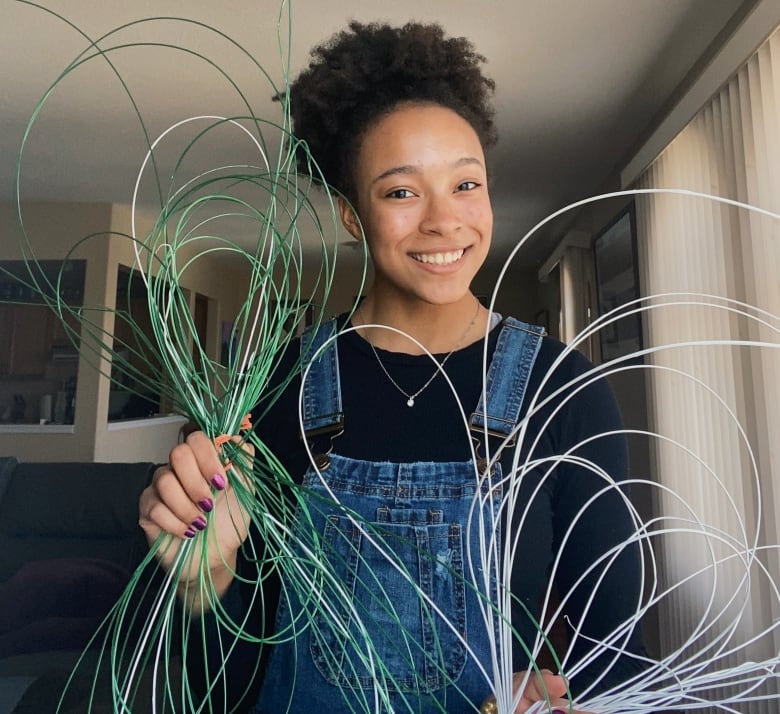 The two are currently sourcing plastic bottles from community members but are hoping to get more from community associations and groups as the spring cleaning starts.

“We hope that in the future at least 50 percent of our filament will come straight from dirty bottles,” said Chen.

People may not know how many are out there, says Lacroix.

The biggest hurdle we had to overcome was finding the machine.– Sophia Lacroix

“It’s really overwhelming to just see bags and pouches of plastic bottles that we don’t consider trash too often. But once you look for them, you realize there is a lot more out there than you would have expected,” said Lacroix.

“If we just drove around town, all we could see in the city were plastic – bottles, pollution,” said Chen. “I think it is really important that we protect our environment and our natural parks in our city, just because they are beautiful we want to keep them.” 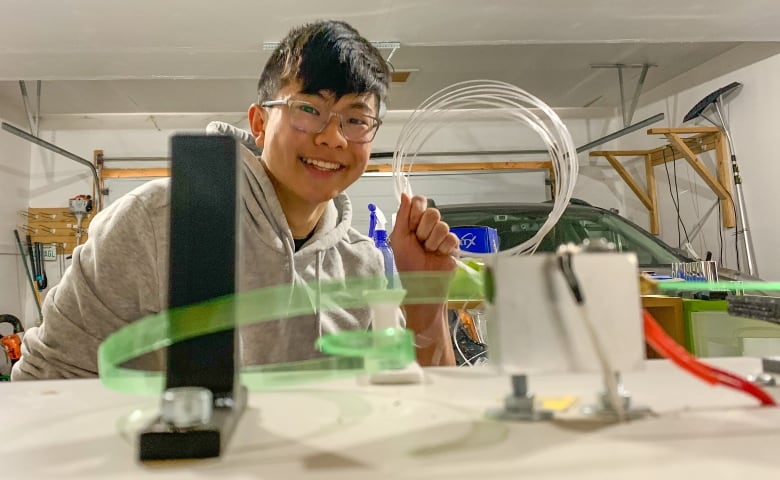 Kai Chen says there was some trial and error in the beginning, but it was great to see the PETBOT work. (Submitted by Kai Chen)

Lacroix says that sometimes people want to do big environmental projects, but there are also things they can only do in their daily life. Lacroix hopes that their work will inspire people.

“Overall, we’re just hoping to spark something in other people,” she said. “We can inspire other students not only to start this project, but also to find new ways to innovate and reduce plastic waste or their carbon footprint in their own lives.”

Chen says he and Lacroix will be leaving Saskatoon for post-secondary education. However, they hope that their school’s green group will keep the project going.