The Australian metal 3D printer manufacturer Titomic has signed a Heads of Agreement with the machine tool manufacturer Repkon to jointly build a new 3D printing production facility in Australia.

The factory will focus on manufacturing Repkon-designed weapon system barrels using Titomic’s patented Kinetic Fusion (TKF) 3D printing technology. According to Titomic, the start of the partnership is in line with the company’s recently announced global strategy of working with existing customers in joint ventures for additive manufacturing.

Norbert Schulze, Interim CEO of Titomic, said: “We are excited to work with Repkon to manufacture kegs in Australia using our Kinetic Fusion technology, improve the Australian manufacturing ecosystem, create jobs and work with our partners to to offer the best class products. “

TKF is Titomic’s proprietary version of the cold spray additive manufacturing process. The technique works by spraying metal powder at supersonic speed from a nozzle onto a solid substrate underneath – this can either be a build platform or an existing metal part. Since no thermal energy is involved, the powder deposits rely exclusively on the kinetic energy of the jet stream in order to fuse with the solid part to be produced. The result is a nearly reticulated metal component ready for post-processing.

The technology was jointly developed with the Australian Commonwealth Scientific and Industrial Research Organization (CSIRO), although Titomic has exclusive rights to commercialize the approach when used with titanium alloy powders. As a result, TKF has been used extensively in the aerospace and defense sectors for applications such as ready-to-fly aeronautical parts and high-performance missile components.

Titomic’s cold spray technology is also known for its excellent build rates (up to 75 kg per hour) and production capacities for large parts. The TKF 9000 has a construction capacity of 9 x 3 x 1.5 m. According to the company, TKF customers can benefit from a reduction in material waste of up to 80% compared to conventional processing and at the same time lead times from months to days shorten. In addition to titanium, the technology is compatible with steel, copper, nickel, aluminum, and more.

Jeff Lang, CTO of Titomic, previously said: “2020 has been an important year for Titomic’s commercial development, with an emphasis on revenue and our strategic development to become a major player in global metal manufacturing.” 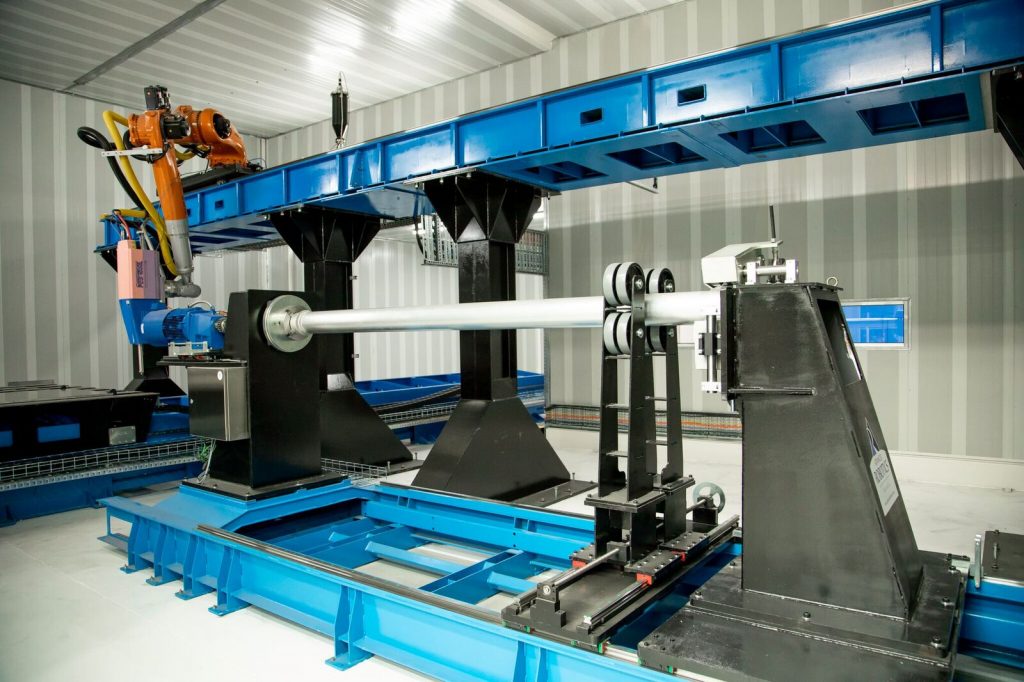 Advancement of defense manufacturing in Australia

The new manufacturing facility is expected to significantly improve defense equipment manufacturing capabilities in Australia and open up export opportunities for gun barrels around the world. The factory, dubbed “state-of-the-art” by the partners, will also create several highly skilled jobs in advanced manufacturing for the residents of the country and boost the local economy.

Ibrahim Kulekci, CEO of Repkon added: “Titomic is a leading company with a proven track record in the manufacture of metal additives. Having them as a joint venture partner will be extremely beneficial for the manufacture and sale of Repkon designed kegs. “

In the same market, cold-spray 3D printer OEM SPEE3D recently used its technology in the Australian defense sector. Working with the Australian Army, the company tested its WarpSPEE3D additive manufacturing system under the harsh operating conditions of Australia’s Northern Territories and determined whether it was feasible for on-site spare parts production.

The picture shown shows a weapon component manufactured by Repkon. Photo via Repkon.

The artist injects color into the plastic bubble wrap, creating works of art