Trash to Treasure: plastics laboratory a new way of recycling

Much of the plastic that is disposed of in recycling bins in Otter Tail County, Minn., Is shipped out to be made into plastic wood.

But in a small room hidden in the corner of the recycling plant, Carl Zachmann does something completely different. He holds a small mold for making tin soldiers while a machine pumps them full of pink, sticky plastic.

A metal mold from which a plastic soldier was made in the recycling workshop.

“I practice making a Napoleon in pink. That suits him well,” said Zachmann, levering the mold apart to reveal the pink general.

The Lakes Area Mix Workspace is a small version of a large plastics reuse operation. The open source machines were bought from a company in the Netherlands called Precious Plastics.

The $ 13,000 cost was funded by Otter Tail, Pope and Douglas Counties, the West Central Initiative, and Springboard for the Arts.

There’s a shredder to shred the plastic into small pieces and machines that heat it to around 400 degrees so it can be molded by molding or freehand while the molten plastic from an extrusion machine flows like hot toothpaste out of a tube .

“Anyone can do it. I mean, if you can use a hot glue gun, you can use a plastics lab,” said Zachmann, a metal sculptor from Fergus Falls. “And we have, I think, the most complete in the entire Midwest, right here in my own little town!” 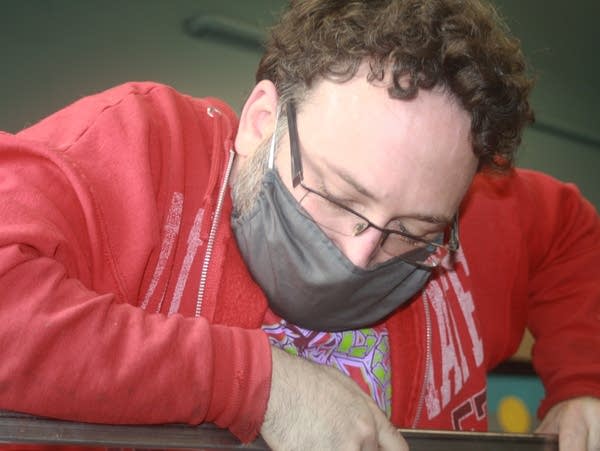 Carl Zachmann leaned on the handle of an injection molding machine to press hot plastic into a mold in Fergus Falls last month.

“Because it’s a little unique, and it is sure to be the first of its kind in Minnesota, it could attract people from all over the state and possibly even from the surrounding states,” said Cedar Walters, an Otter Tail County’s waste reconnaissance team, said we hope it will becomes a kind of regional community and people come and see what it’s about. “

A group of Twin Cities artists recently toured the facility and are hoping to create a similar space, Walters said.

Barbara Honer is a painter and fiber artist from Pelican Rapids who is fascinated by plastic. She makes polished jewelry and signs and experiments with freeform shells. She found plastic to be a difficult medium to work with because it mixes paints and different types of plastic waste. 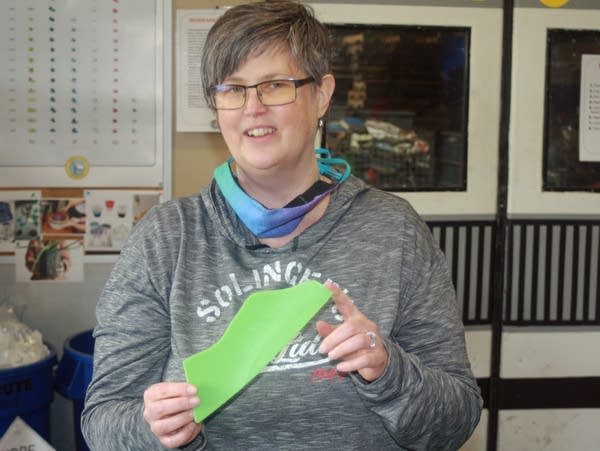 Barbara Honer is holding a broken piece of plastic sled that she plans to melt and reuse in Fergus Falls last month.

With her creations, Honer would like to inspire other people to recycle their plastic.

“What I’m looking for is a movement that can be contagious, where other people in the community can see what we’re doing and think, ‘I can do that too. I can make my own paving stones for my garden and “I can recycle my own plastic waste into something,” said Honer.

“Plastic will be around for another 1,000 years, so why not make lumber, furniture or paving stones.”

Otter Tail County’s waste educator, Walters, said the pandemic is a difficult time to open a public job, but she and a handful of local artists have spent the past few months working out the flaws in the process and she plans now Training courses for people who want to use Makerspace.

There’s a steep learning curve, Walters said, and they’ve developed techniques through trial and error. Some plastics melt better than others. Some create a smooth surface while others are textured. Brightly colored recycled plastic bags are a favorite, and plastic bags create a marbled effect when mixed with other plastic.

“It changes how you look at your trash,” said Walters. “That’s really the strength of this project – getting people to see what is happening to their waste. It changes your perspective and you think, ‘Oh, what could this be? being?’ instead of just viewing it as a disposable item. ” 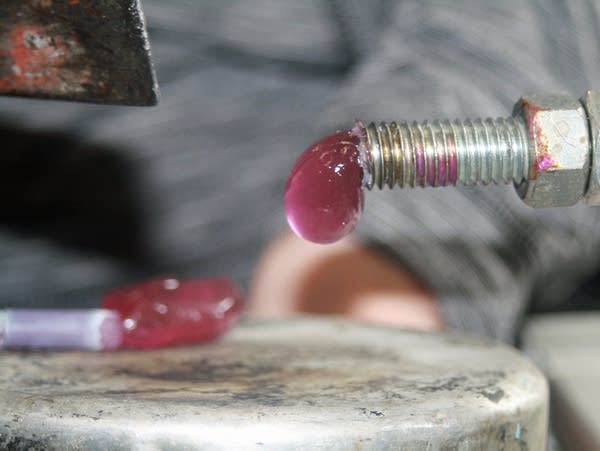 Artist Barbara Honer prepares to pull a blob of melted plastic out of an extrusion machine.

Experimenting with molten plastic and molds has changed how Zachmann recycles and what he saves from the recycling bin.

“I got a bunch of broken sleds off a toboggan hill in Minneapolis because they come in fun colors,” he said.

“Things like pharmacy pill bottles that are this clear orange color and it’s transparent and it’s that golden hue, all of my friends are now keeping all of their medicine bottles for me so I can bring them here and crush them and transform things.”

Zachmann used his metalworking skills to build a furnace that could accommodate larger shapes so people could make flower pots or stepping stones.

Walters has more molds to order and says people can buy or build their own molds. She is happy that artists and entrepreneurs use the plastics laboratory as a source of ideas.

“There are a lot of things people could do that would be very marketable,” she said. “That means showing people what is possible, showing them the model, giving them those resources, and hopefully some people will get out of there with that.” 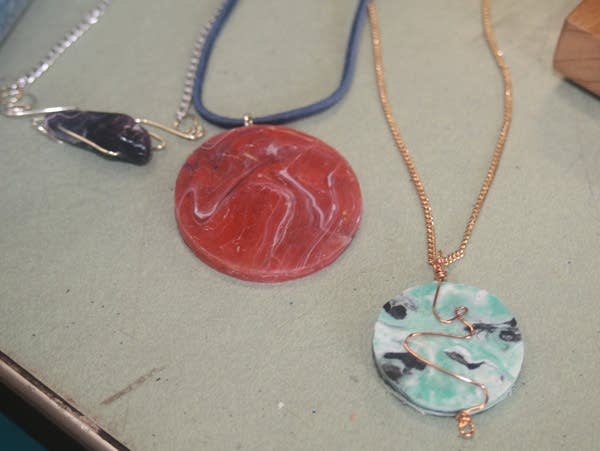 The small amount of plastic used in this area will not affect the recycled plastic in Otter Tail County. Most are still being sent away to be reused, but this little space in the corner of the recycling center could inspire some creative new uses for plastic waste.

They make MPR news possible. Individual donations are behind the clear coverage of our reporters across the state, stories that connect us, and conversations that offer perspective. Help keep MPR a resource that brings the Minnesotans together.

Majority of the plastics in Mediterranean safeguarded locations originated from other…